" PETERBOROUGH - Three baby black bears were left behind Monday when a contractor working in a local yard disturbed their den and their mother ran off. The projects contractor, Phil Marrotte, said he was at another job in town when he was called to the " 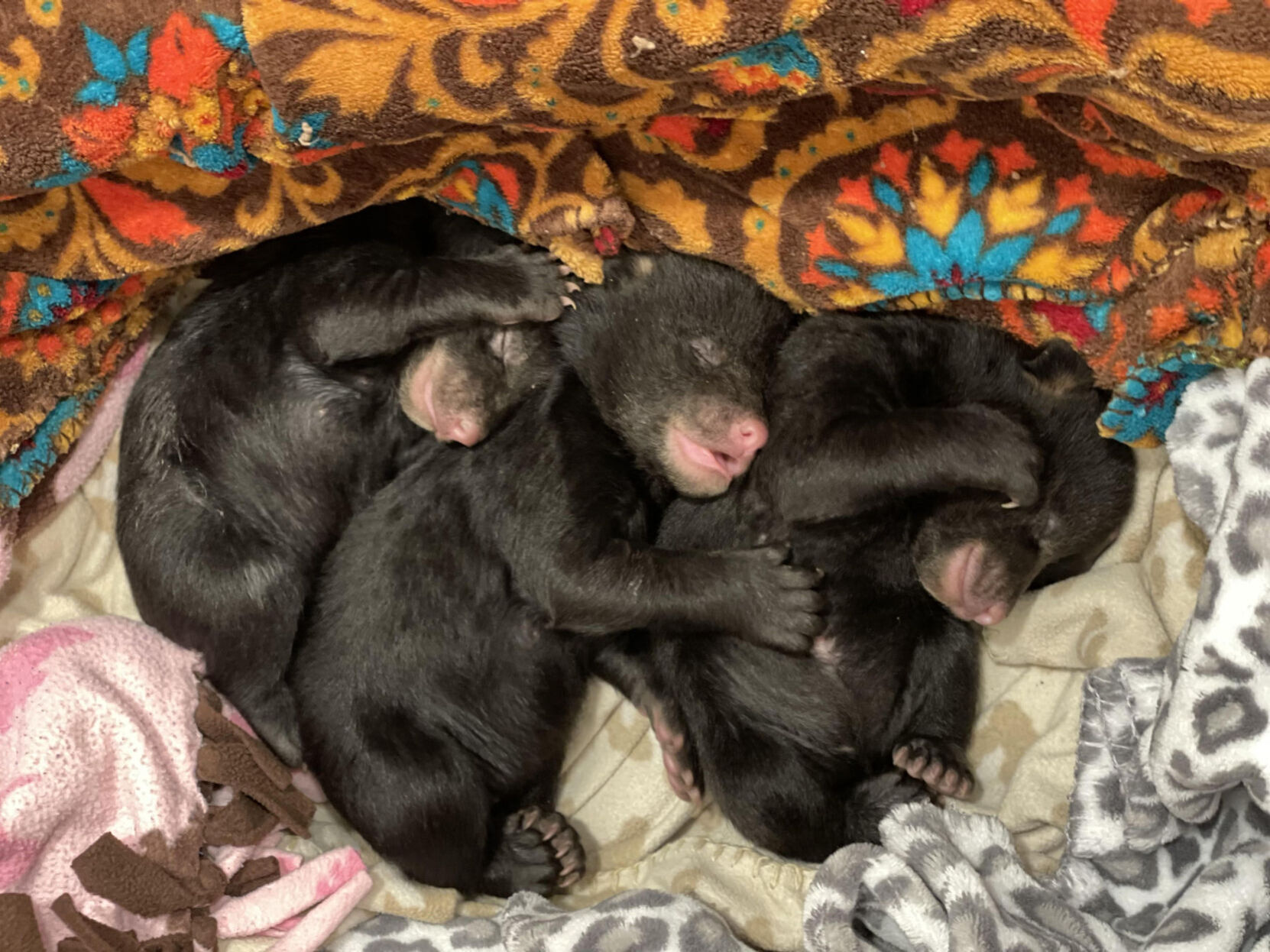 PETERBOROUGH - Three baby black bears were left behind Monday when a contractor working in a local yard disturbed their den and their mother ran off.

The project’s contractor, Phil Marrotte, said he was at another job in town when he was called to the scene.

Marrotte said the den was not very deep and was just under a brush pile near the house on the property. His crew was cutting trees to make way for a new septic system when some trees fell on the brush pile damaging the den.

Fish and Game Conservation Officer Shawn MacFadzen arrived on the scene between 10 and 11 a.m. MacFadzen said being the officer on scene, it was up to him to make the decision if the bear cubs should stay or go.

“Unfortunately it was in the middle of a construction site. It was right up next to the house, and them being exposed, there was no other option. They would have frozen to death if we didn’t remove them,” he said.

The decision was made to take the cubs to the Kilham Bear Center in Lyme, where they will be raised.

When MacFadzen went to his truck for a box to house the cubs, Marrotte said he pulled the cubs out of what was left of the den and wrapped them in a blanket.

Marrotte, an avid hunter who loves wildlife, said, “I never thought I’d have the chance to do something like that. It was really a once in a lifetime chance.”

And while he is sad that the cubs were not reunited with their mother, Marrotte said, they are in good hands at the Kilham Bear Center.

Since 1993 the center has rehabilitated 250 New Hampshire black bears and another 50 from Massachusetts and Vermont.

“It’s not common nor is it uncommon to get calls during the winter of bears getting disturbed out of the den,” Fish and Game bear expert Andrew Timmons said Tuesday, “and the only time it is really an issue is when cubs are involved.” An adult bear can easily find a new den, he said.